The Road to Waukee’s Future

Originally published in the July 2014 version of myWaukee Magazine

The first people to lay that cornerstone were General Lewis Addison Grant and Major William Ragan, who, on April 30, 1869, purchased the land surrounding the area on which The Des Moines Valley Railroad had just announced that it would be building a railroad.

Gen. Grant and Major Ragan named the town Shirley, but when Gen. Reid of the Des Moines Valley Railroad heard about it, he said it should be changed. As reported in the Daily Register, “The proprietors named it Shirley, but the ‘powers that be’ in the railroad office in Keokuk insisted that it should have an Indian appellation, and hence Waukee it had to be. What Waukee means, we don’t know. For that, you must ask Gen. Reid.”

Businesses popped up quickly after the railroad was built, including lumber yards and hardware, drug, grocery and grain stores. Daily post office service began in November 1869, and Waukee incorporated on July 2nd, 1878.

There were coal mines all over the state of Iowa in the late 1800’s, and speculators first surveyed Waukee in 1883. The Harris Mine opened on September 20, 1920, just two and a half miles northeast of Hickman Road in Waukee. The Shuler Mine, owned and operated by The Shuler Coal Company, opened in 1921. It was the largest producer of coal in Iowa, and it had the deepest mine shaft – 387 feet. It was located one mile east of Harris, until it closed on May 27, 1949. It employed up to 500 men and used 32 mules.

A substantial mining camp community developed, comprised mostly of immigrants from Italy, Croatia and Sweden. The community included churches, a school, a dance hall, a tavern, two restaurants, a hardware store and a grocery store. Some of them lived in small homes built by Shuler that were called “South Camp” and “North Camp.” These were located on what is now called Alice’s Road, and they had no electricity or running water.

Many of the town’s residents worked in the coal mines and camp area businesses until the last mine closed in 1949. In a 1947 blueprint of the mine that was placed under a map of the city, the Shuler Mine had reached 1.25 miles wide and over 3.75 miles long, stretching from northeast of Hickman and bordering Alice’s Road and NW 156th Street all the way past the boundaries of Waterford Road. 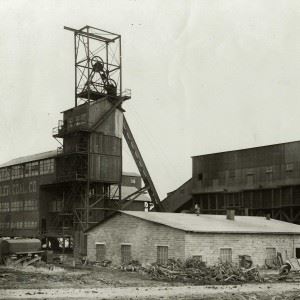 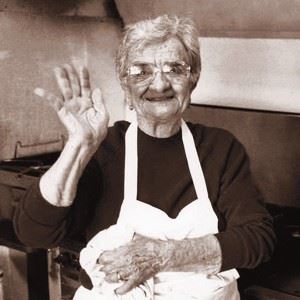 Remembering One of Waukee's Most Notable Early Residents: Alice Nizzi

One of the most well-known and respected community members from the coal mining era (and beyond) is Alice Nizzi, for whom Alice’s Road is named. Alice’s parents, Maria Santi and Bartolo Nizzi, immigrated from Italy in 1899, and then had five children. Alice was the oldest, born in 1905. Her siblings were Anita, Battista (Tom), Americo, and Remo. The family moved to Waukee to work in the Shuler mine around 1929 and lived the North Camp area. Alice married Pete Nizzi (no relation). Bartolo, Battista, Americo, and Alice’s husband Pete worked in the Shuler mine. On August 18, 1942, Americo was killed in a coal mining accident at the age of 31.

“Alice loved to cook,” said Alice’s niece Marie Kayser. “She initially worked for Rosie Vanni in her restaurant in the coal mining community and then bought her out and took over the restaurant in 1947. Five years later, she and her husband bought 40 acres of land and built a larger restaurant on the property.”

Her restaurant, Alice’s SpaghettiLand, employed many women from the coal mining community as well as many of her own family members (including Remo, Tom, and nieces and nephews) over its 50-year history.

The longstanding business and its friendly owner hold a special place in the memories and hearts of many past and present Waukee area residents. “They served and got to know multiple generations of families over the years. People who had moved away would often be sure to stop at Alice’s when they returned to the area,” said Kayser.

Alice was thrilled to be the Waukee Queen in the city’s Quasquicentennial Parade in 1994. She died in 1997 at the age of 91.

Alice’s nephew, Jim Nizzi, began managing most of the business for her in the 90’s and continued to do so until the restaurant closed in 2004. He continues to cook Alice’s food for special occasions like the Waukee Historical Society’s Annual Alice’s Night.

Waukee's coal mining history is preserved and commemorated by its citizens through a museum, a large public sculpture and the naming of a local elementary school.

Hiram Ori, son of former Shuler Coal Mine worker Ernest Ori, left a bequest of $500,000+ to the Waukee Public Library to build a coal mine museum that would preserve this piece of Waukee’s history. The museum, located within the library, opened in November 2013 and features coal mine tools, artifacts and touch screen videos.

A massive 13-foot-tall sculpture at the intersection of Douglas and Berkshire Parkways also honors the area’s coal mining history. It features a piece of coal, or “black diamond,” supported by four steel beams. At the base are four different vignettes that pay homage to the Shuler Coal Company, its miners and their families that resided at the mining camps between 1921 and 1949.

The sculpture was created by artists Rebecca Ekstrand and Thomas Rosoborough at a cost of about $45,000. It was paid for by a grant from the Iowa Department of Cultural Affairs, as well as contributions from the cities of Waukee and Clive, the Dallas County Foundation, Bravo of Greater Des Moines and private donations. 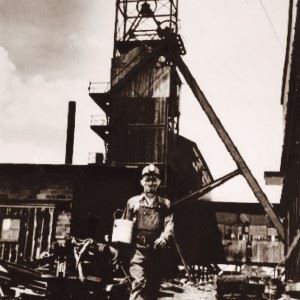 In addition, Shuler Elementary, which opened in 2010, is named in honor of The Shuler Coal Company, once a major employer and economic player in Waukee. It sits only 1,500 feet from where the company was once located.

A Future to Look Forward To

Ever since its humble beginnings, Waukee residents have played a key role in the successful growth of the city. Neighbors have helped neighbors, citizens have worked hard, and leaders have executed carefully laid plans to position Waukee as an attractive location for both families and businesses. With its rich history and bright future, Waukee is definitely a town of which past, current and future residents can be proud to call home.

“Our past leaders and schools laid the foundation with careful planning and hard work. Going forward, this next generation of Waukee residents will enjoy an exceptional quality of life,” said Peard.